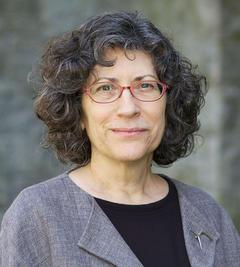 The Penn Libraries hold two unusual sets of books: A collection of German imprints with Nazi and militaristic content and several hundred volumes of Judaica looted by Nazis in Germany and German-occupied countries. Kathy Peiss’ project examines the “afterlives” of these books, part of the “unfinished business” of World War II: their journey to the United States, their quiet existence in research libraries punctuated by occasional controversy, and their sudden visibility at the end of the 20th century, as the work of Holocaust memory and asset claims brought attention and inquiry. Peiss’ research and teaching interests center on the 20th-century United States and the making of modern culture. Her work includes studies of the history of women, gender, and sexuality; beauty and style; mass consumption, leisure, and everyday life; and popular and print culture.

If you have any questions about the event, please e-mail Julian Shendelman at juliansh@upenn.edu.

Since 2005, the Penn Science Cafe has shined a spotlight on Penn research in the sciences. Lectures are free and open to the public. Each talk begins at 6 p.m. and is followed by an audience Q&A session.  The two lecture series are presented by the School of Arts & Sciences in partnership with the Office of University Communications.