The Most Magnificent Map Ever Made 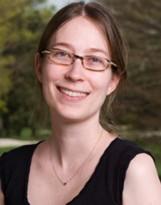 This event is free and open to the public.

For all of history, humans have observed the Milky Way galaxy by eye as a structure encircling our night sky. However, only within the last 100 years have humans learned that the Milky Way is not the only galaxy in the Universe. Within the last two decades, we have learned that the Sun is one of hundreds of billions of stars in the Milky Way, that the Milky Way is one of hundreds of billions of galaxies in the Universe, and that galaxies exist that are only one ten millionth as luminous as the Milky Way. Astronomers now use the Milky Way as a lens through which we can learn about galaxy formation and dark matter. This evolution in cosmic understanding has guided a corresponding evolution of thought in humankind's place in the universe.

This evolution has been fueled by increasingly enormous and high-fidelity digital maps of our cosmic surroundings. In 2022, the Large Synoptic Survey Telescope (LSST) will embark on making a 10-year, 800-frame movie of half of the sky, enabling another giant leap forward in astronomers' ability to map the Milky Way and far beyond. Viewing a single, full-resolution LSST image will require 400 HDTVs (~half the size of a basketball court). LSST will be a discovery machine for an enormous number and diversity of objects, including Near Earth Objects, distant supernovae, and ultra-faint galaxies.

This event is made possible by a grant from the Fund to Encourage Women (FEW) of the Trustees' Council of Penn Women.