Andrea J. Liu, a professor in the department of physics and astronomy, has been named the Hepburn Professor of Physics in the School of Arts and Sciences. Dr. Liu’s ongoing research concerns theoretical problems in soft matter physics, including jamming in glass-forming liquids, foams and granular materials, and biophysical self-assembly and motility in actin structures and other systems.

The recipient of a CAREER Faculty Award from the National Science Foundation, Dr. Liu is also a fellow of the American Physical Society. She received her doctorate from Cornell University and her bachelor’s degree in physics from the University of California, Berkeley. Dr. Liu was a professor at the University of California, Los Angeles, before joining the Penn faculty in 2004. In 2010, she was elected a member of the American Academy of Arts and Sciences.

The Hepburn Professorship in Physics was established through a bequest from Colonel Earle Hepburn, C’13, L’15, upon his death in 1985 at age 92. Colonel Hepburn had distinguished legal and military careers. He practiced law in Philadelphia for over 60 years and served in three wars. He was an army private in World War I, a member of General Eisenhower’s legal staff in World War II, and military counsel in the Korean War. 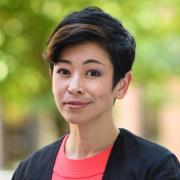 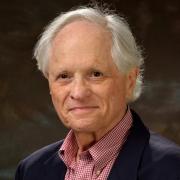 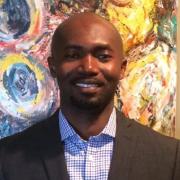 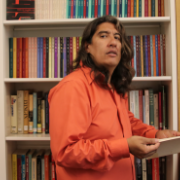 Ricardo A. Bracho has been named the first Abrams Artist-in-Residence in Penn Arts & Sciences, in the Alice Paul Center for Research on Gender, Sexuality, and Women’s Studies.
View Article > 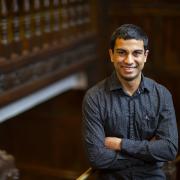 College senior Srinivas Mandyam has been awarded a Churchill Scholarship for one year of graduate research study at the University of Cambridge in England.
View Article >
Copyright © 2020  The Trustees of the University of Pennsylvania
Report Accessibility Issues and Get Help
Penn Weblogin