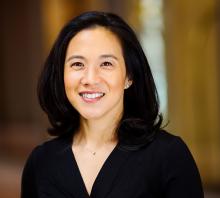 Duckworth is an internationally recognized scholar of positive psychology and the psychology of achievement. She is widely known for her role in developing and advancing the concept of grit—the ability to maintain effort toward long-term goals—and self-control as factors in the pursuit and attainment of valued goals. She is a prolific author whose research is published in leading scientific journals, including the Journal of Personality and Social Psychology, Developmental Psychology, Proceedings of the National Academy of Psychology, and the Journal of Positive Psychology. Her first book, Grit: The Power of Passion and Perseverance, debuted as a New York Times bestseller.

Duckworth is a recipient of a MacArthur “genius grant” fellowship. She is also founder and scientific director of the Character Lab, a nonprofit located on Penn’s campus whose mission is to advance the science and practice of character development. 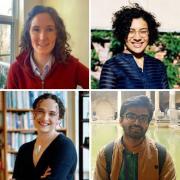 Fellowships support a year of research and writing.
View Article > 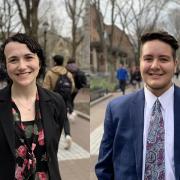 Annah Chollet and Camilo Duran, both C'21, have received Harry S. Truman Scholarships, a merit-based award of as much as $30,000 for graduate or professional school to prepare for careers in public service.
View Article >
Copyright © 2020  The Trustees of the University of Pennsylvania
Report Accessibility Issues and Get Help
Penn Weblogin