Gerald J. Porter Recognized by the Mathematical Association of America

Gerald J. Porter, Professor of Mathematics Emeritus, has been awarded the Yueh-Gin Gung and Dr. Charles Y. Hu Award for Distinguished Service to Mathematics. The recognition is the most prestigious award for services presented by the Mathematical Association of America (MAA) and honors distinguished contributions to mathematics and mathematical education.

The Gung-Hu Award Committee states, “Jerry’s service has been in teaching, teacher education, research, MAA administration, and, most importantly of all, in leading the profession, especially the MAA, to value racial and gender diversity in all activities…. As an Association, MAA is stronger and a model for others because Jerry Porter’s insistence that we be fair, inclusive, and welcoming has expanded our community with mathematicians who respect and include all.”

Porter joined the Department of Mathematics as an assistant professor in 1965 and became emeritus in 2005. Over the course of his career, he introduced computing into his classroom, served as Associate Dean for Computing Services and Facilities for Penn Arts & Sciences, and published widely on active learning and algebraic topology. 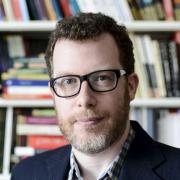