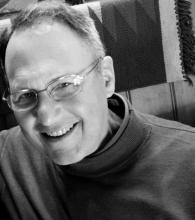 We regret to announce the death of Walter H. Annenberg Professor of History Michael B. Katz, a pioneering scholar in the history of American education, urban social structure and family organization, and social welfare and poverty. His many books include Reconstructing American Education, One Nation Divisible: What America Was and What It Is Becoming (with Mark J. Stern), and The Undeserving Poor: From the War on Poverty to the War on Welfare. He published a fully updated and revised The Undeserving Poor: America's Enduring Confrontation with Poverty in 2013.

Educated at Harvard, Katz had been a Guggenheim Fellow and was a fellow of the National Academy of Education, the National Academy of Social Insurance, the Society of American Historians, and a member of the American Philosophical Society. In 1999, he received a Senior Scholar Award—a lifetime achievement award—from the Spencer Foundation. He had taught at Penn since 1978.