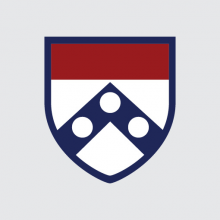 Penn Arts & Sciences appointed 15 new faculty members for the 2021–2022 academic year. They include Roberto Gonzales, Richard Perry University Professor and Professor of Sociology and Education, who holds a joint appointment in the Graduate School of Education. Three are Presidential Penn Compact Professors, a new partnership with Penn President Amy Gutmann to promote faculty excellence and diversity: Wale Adebanwi and Keisha-Khan Y. Perry in Africana Studies and Jennifer Morton in Philosophy. Other departments with multiple appointments are earth and environmental science and mathematics. There were a total of nine appointments to named professorships.

The new faculty are:

Wale Adebanwi, Presidential Penn Compact Professor of Africana Studies, studies social mobilization of interest and power in contemporary Africa as manifested in nationalism and ethnicity, race relations, identity politics, elites and cultural politics, democratic process, newspaper press, and spatial politics. He holds doctorates from University of Cambridge and University of Ibadan and comes to Penn from the University of Oxford.

Anthony Braga, Jerry Lee Professor of Criminology, is a specialist in crime, justice, and public policy, including firearm violence, procedural justice, and policing, encompassing problem-oriented policing and focused deterrence. He received his Ph.D. from Rutgers University and comes to Penn from Northeastern University.

Juan Camilo Castillo, Assistant Professor of Economics, studies industrial organization, microeconomic theory, and market design, with a focus on online platforms and the digital economy. He earned his Ph.D. from Stanford University.

Angela Gibney, Presidential Professor of Mathematics, specializes in algebraic geometry with particular focus on moduli spaces of complex curves and vertex operator algebras, core topics that arise in algebraic geometry, algebraic topology, and mathematical physics. She received her Ph.D. from the University of Texas and comes to Penn from Rutgers University.

Roberto Gonzales is Richard Perry University Professor and Professor of Sociology and Education, with a joint appointment in the Graduate School of Education. Gonzales studies immigration, social inequality, race and ethnicity, and policy, with special interest in the effects of legal contexts on the coming of age experiences of vulnerable and hard-to-reach immigrant youth populations. He earned his Ph.D. from the University of California at Irvine and comes to Penn from Harvard University.

Jon Hawkings, Assistant Professor of Earth and Environmental Science, examines the role of glacial freshwater on downstream biogeochemical cycles, particularly the potential of meltwater to influence the structure and productivity of ecosystems. He received his doctorate from the University of Bristol.

Daniel Krashen, Presidential Professor of Mathematics, studies algebraic structures, Diophantine properties of fields, local-global principles, moduli stacks and derived categories. He draws on geometric techniques as well as ideas from topology and analysis to address problems in algebra. He earned his Ph.D. from the University of Texas and comes to Penn from Rutgers University.

So-Rim Lee, Korea Foundation Assistant Professor of East Asian Languages and Civilizations, researches the politics of representation in visual cultures and everyday embodiment in South Korea and the Korean diaspora from the intersection of performance studies, gender and sexuality studies, and cultural studies. She received her Ph.D. from Stanford University.

Monica McCallum, Assistant Professor of Chemistry, studies novel enzymology and synthetic chemistry using a combination of traditional synthetic organic chemistry and biochemical tools to explore and define the biological symbiosis between sponges and bacteria. She received her doctorate from Baylor University.

Zita Nunes, Associate Professor of English, focuses on African American and African diasporic literatures, the literature of the Americas, and literary theory of the late 19th through early 20th centuries, with particular interests in the Harlem Renaissance and Pan-Africanism. She earned her Ph.D. from the University of California, Berkeley and comes to Penn from the University of Maryland.

Keisha-Kahn Perry, Presidential Penn Compact Associate Professor of Africana Studies, researches race, gender and politics in the Americas; urban geography and questions of citizenship; intellectual history and disciplinary formation; and the interrelationship between scholarship, pedagogy and political engagement. She earned her Ph.D. from the University of Texas and comes to Penn from Brown University.

Hugo Ulloa, Assistant Professor of Earth and Environmental Science, uses fluid mechanics to address problems of water mixing and heat fluxes in lakes and coastal waters, and especially seeks to understand how combinations of physical forces drive water movement and heat flux horizontally. He received his Ph.D. from the University of Chile.

Christopher Woods, Avalon Professor in the Humanities in the Department of Near Eastern Languages and Civilizations, studies Sumerian language and writing, the origin and development of writing and writing systems, and early Mesopotamian history, literature, religion, and state formation. He received his doctorate from Harvard University and comes to Penn from the University of Chicago.