Sharing the Best Things About Penn

Penn Couple Creates a Scholarship for Students from Atlanta

College graduate Natasha Harvey Swann, C’92, WG’98, loved everything about her Penn experience, so it seemed only natural for her to want to share that experience with others.

Natasha, along with her husband, Christopher Swann, G’98, WG’98, established the Harvey Swann Endowed Scholarship in 2015. Designated for students in the College, the scholarship has a preference for students from Atlanta, where the Swanns have lived since 1999.

“Education is so important,” says Natasha, who grew up in Connecticut. “I know I was incredibly fortunate to be able to attend Penn, and I’m glad to be able to help others who need assistance and to share the opportunity with people from my new city.”

A linguistics major, Natasha appreciated being part of a small department within a large university. “I absolutely loved it,” she explains. “I liked the fact that there were different undergraduate schools all together on one campus. Having that variety of classes and students—you meet all these people you wouldn’t normally meet. It definitely encourages a wider view of the world.”

Natasha took full advantage of Penn’s urban location, too. “Philadelphia is a great city and every time I come back it seems even better—the restaurants, cultural offerings, and historic sites,” she says. “I visited when I was eight years old and I actually remember thinking back then that I would like to live there. And Penn made it come true.”

After living in Colorado for a time and then working for her parents’ company in Connecticut, Natasha returned to Penn to earn an M.B.A in finance from the Wharton School, which she completed in 1998. The decision was a fortuitous one, since that’s where she met Christopher, a Duke University graduate who was working on an M.B.A / M.A from the Lauder Joint-Degree in International Studies Program. Natasha spent a year in New York working for Goldman Sachs, while Christopher’s career has included stints at McKinsey and Company, GMT Capital, and SAC Capital Advisors. He started his own investment fund in 2014.

The couple has three children, aged 13, 11, and 7. Natasha serves on the Board of Trustees of their school, Pace Academy, where she was thrilled to find a small group of other parents who are also Penn alumni. Attending Penn programs in Atlanta, such as a recent “Our Penn” event, also helps her continue to feel connected. Natasha has maintained strong ties with the friends she made at Penn, whom she calls “the best thing” about her experience. Those friends are still a big part of her life.

The first recipient of the Harvey Swann Scholarship will be selected this fall, and Natasha and Christopher look forward to forging connections with the next generation of Penn students. They are confident that the first Swann scholar will love Penn every bit as much as they did. 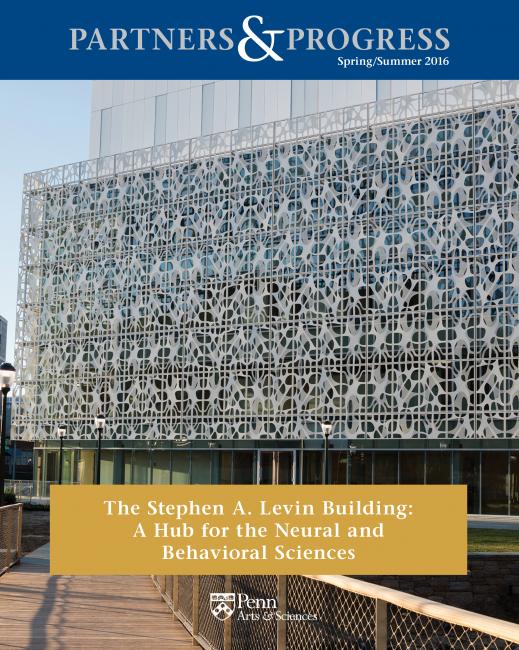