Giving is a Family Affair

A Penn Couple on College Memories and the Annual Fund

Penn is a family affair for the Tuch family. Neil Tuch is C’88, PAR’21, and his wife, Dr. Adrienne Tuch, is C’89, PAR ‘21. Their oldest daughter Bayley(they are also parents to Lexi and Skylar) is a new member of the College class of 2021 — a decision her parents are thrilled she made, but said they tried not to influence.

“We were really careful not to emphasize Penn over other colleges our daughter was considering,” says Neil. “However, we were not at all shocked that she chose Penn, with all that it has to offer.”

Neil and Adrienne support the Penn Arts and Sciences Annual Fund because they recognize and appreciate the value of the liberal arts and a Penn education — inside and outside of the classroom. They eagerly took advantage of what the School has to offer during their time at the College.

Adrienne had a leadership role in planning Spring Fling and was pre-med, all while pursuing her major in history. She points to the late Professor Jack Reece for inspiring her love of European history.

Penn Arts and Sciences provided an “unbelievable array of classes and talented professors” for Neil, as well as opportunities to give back outside the classroom through a program called VITA (Volunteer Income Tax Assistance), which prepared tax returns for economically disadvantaged members of the West Philadelphia community. Neil was a member of the Penn Parliamentary Debate Team and Student Committee on Undergraduate Education and founded the Student Health Advisory Board while pursuing an economics major and mathematics minor. He also worked the cash register at a local convenience store, the Bald Fox, to help pay for his “Billybob’s chicken steak habit.”

Though Neil sings the praises of the Penn academic experience, he notes that a great deal of learning happens outside the classroom. He fondly remembers “arguing about politics in the dorm, singing Springsteen songs with friends, waiting in line at Koch’s, and most of all, making mistakes and learning from them.”

Both Neil and Adrienne are successful in their careers and credit Penn Arts and Sciences for providing the foundation that made that possible. They are quick to stress how greatly they value the College’s “commitment to a broad liberal arts education” that teaches young people how to think, challenge ideas, and explore their interests — a critical reason why they have become donors to the Arts and Sciences Annual Fund.

After a career in private equity, Neil is the CFO for an independent school focusing on students with dyslexia, while Adrienne is a pediatrician at Kaiser Permanente in California. At Penn, Adrienne was grateful to be able to “pursue her passion for history as well as prepare for a career as a doctor.” She worked in a Penn lab for two years and identified critical internships through the Penn network.

The couple share a great enthusiasm for Penn and particularly the College of Arts and Sciences. They jointly support the Arts and Sciences Annual Fund because it “helps attract the faculty that makes the magic happen and ensures that a diverse set of students have access to its incredible liberal arts education.”

The Tuch family’s history with the University, as well as their future (particularly through Bayley), compels them to stay connected.

Neil says, “Honestly, Adrienne and I had such a great time at Penn and made lifelong friends. We expect to stay involved for a long time to come.” 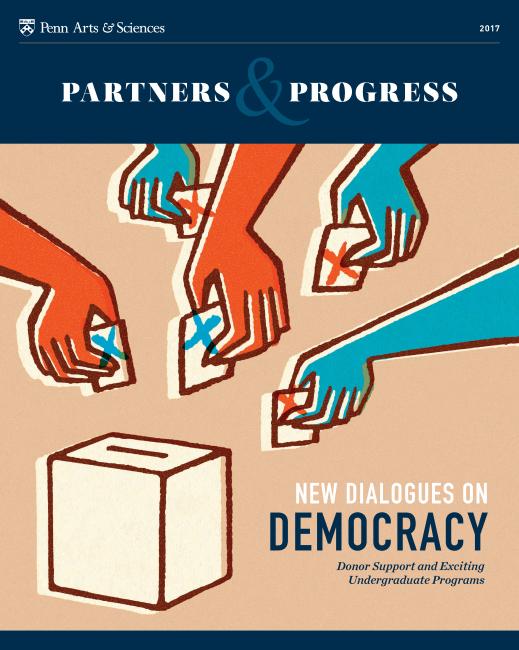