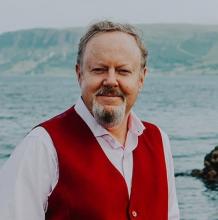 Brendan O’Leary, Lauder Professor of Political Science, has been awarded the James S. Donnelly Sr. Prize for the best book in History and Social Science from the American Conference on Irish Studies for his book, A Treatise on Northern Ireland.

O’Leary, an expert on in the study of multinational societies, federalism, and power-sharing, is the author, co-author, and co-editor of 28 books and collections. In addition to his scholarly work, O’Leary has been a political and constitutional advisor to the United Nations, the European Union, the Kurdistan Regional Government of Iraq, the Governments of the UK and Ireland, and to the British Labour Party (before and during the Irish peace process). He is currently researching the U.K.’s secession from the EU and possible models of Irish re-unification.

The American Conference for Irish Studies is a multidisciplinary scholarly organization. In announcing the prize, the judges noted that O’Leary’s work “is a magisterial interdisciplinary work that will be an enduring resource for those interested in the history of Ireland,” and added that “it deftly maps the Irish case onto wider debates in political science while illuminating the politics of deeply divided societies the world over.”