Magazine: From Theory to the Real World 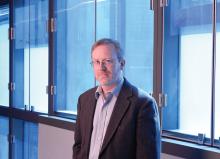 Theoretical physicists tend to have a hard time at cocktail parties.  Other scientists can discuss their cancer research, or their quest for life on other planets, or even the new floor wax compound they formulated—concrete, real-world matters that even the non-scientist can understand. But when theoretical physicists try to explain their highly abstract work to the uninitiated, whether at a party or before a Congressional committee, they usually evoke blank stares and polite smiles, followed by the inevitable question: That’s all very interesting, but what good is it?

It’s a question that Penn physicist Charles L. Kane has certainly faced more than once. As a dedicated theorist, he’s aware that the sort of scientific advances most people think of as “useful” are the result of practical experimentation, not theoretical explorations. But in the past several years, Kane and a number of colleagues have proven that every once in a while, the theorists can also come up with something that’s not only scientifically fascinating but possibly even incredibly useful.

Kane’s specialty is condensed-matter or solid-state physics, essentially the science of solid matter. A major part of this particular branch of physics involves the design and function of the semiconductor materials at the heart of computers and all our other wondrous electronic devices. Although such inventions are also the product of experiment rather than theory, theorists such as Kane help to lay the groundwork for the experimentalists to explore and build upon. “The kind of theory I do tends to be analytical as opposed to computational,” Kane explains. “I build models and characterize the models, and that’s been a pretty successful line of work for me so far.”

It’s been so successful, in fact, that Kane has received several major prizes in 2012 alone. Aside from the Buckley Prize, awarded for outstanding contributions in condensed-matter physics, Kane received a $500,000, five-year research grant from the Paul Simons Foundation. Most recently, he became the first Penn professor ever to receive the Paul Dirac Medal and Prize from the Abdus Salem International Centre for Theoretical Physics. The accolades have come in recognition of the importance—and yes, potential applications—of an entirely new type of material called a topological insulator (TI), first predicted in Kane’s theoretical work.

A topological insulator is a type of solid material with the intriguing quality that it’s mostly an electrical insulator such as wood or glass—but only on the inside. On the surface and edges, it does conduct electricity, but in a very special way. Kane says, “The way in which the surface conducts electricity is different from ordinary conductors.” Those differences open the door to some extraordinary possibilities.

In usual conductors, impurities or disorder in the atomic structure of the material, such as a few molecules of another element mixed in, can impede or even stop the flow of electrons. That results in what physicists call a localized state: The electrons are literally stuck in a particular location. But the surface of a TI is absolutely impervious to such problems. The electrons simply “skip” along the surface in discrete quantum steps, moving all in the same direction. This characteristic of the TI surface is dictated by some highly intricate quantum mechanical properties that can’t be changed no matter what else is done to the system, a phenomenon physicists call “topologically protected”—hence the name “topological insulator.”

“That’s the essence of what makes the surface different,” Kane says. “With an ordinary two-dimensional conductor, if you make it dirty, if you make it disorderly, which everything in the real world is on some level, then the electronic states will become localized and it won’t really be a conductor. So the thing that’s special about the TI is it can’t be localized.”

Another difference from ordinary conductors is that the TI surface electrons arrange themselves according to their “spin,” a quantum property of fundamental particles, like positive or negative charge. “Spin up” electrons flow only in one direction, while “spin down” electrons flow in the other. This comes in handy for spintronics, a burgeoning field of electronics that uses electron spin instead of charge to carry information.

The TI concept grew out of studies back in 2004 by Kane and a Penn colleague, Professor of Physics and Astronomy Eugene Mele, on the unique properties of graphene, the one-atom-thick, sheet-like form of carbon. Kane recalls, “It’s a material that’s right on the boundary of being a metal and a semiconductor. So the question I asked was, why is that?” Kane and Mele theorized that electrons would move through graphene in a way involving a quantum phenomenon called spin-orbit interaction, which led to the idea of a new state of matter that was an insulator on the inside but had conducting states on its edge.

At the time Kane and Mele published their ideas, it was only an interesting theory, but it attracted the attention, both of other theorists such as Joel Moore at the University of California at Berkeley and Shoucheng Zhang at Stanford, and of experimentalists such as Laurens Molenkamp at the University of Würzburg in Germany. By 2007, Kane and the others had fleshed out more of the theory and Molenkamp had experimentally proven the existence of topological insulators. The following year, a team at Princeton found TIs in other common materials such as bismuth selenide and bismuth telluride.

“At that point, people really started noticing that this was something real,” says Kane. “The floodgates opened and now there are people all over the world who are doing experiments and theory, and it’s become one of the biggest fields in condensed matter physics.”

The excitement is all due to the fact that topological insulators have the potential to revolutionize electronics and lead to other major physics discoveries. One of these is confirming the existence of a long-sought exotic particle called a Majorana fermion. According to theory, Majorana fermions occur only in special superconductivity states -- such as those that may occur by combining the surface of a TI with a superconducting material. But Majorana fermions are of far more than merely academic interest, because if they exist and can be controlled, they offer a powerful method for storing and manipulating quantum information. This may lead to new technologies for quantum computation. Even without superconductivity or Majorana fermions, the special conducting properties of TI surfaces promise new technologies for low-power electronics.

With the field still so new and evolving in so many different directions, it’s difficult to be too specific yet about practical applications. Kane notes, “I think it’s pretty hard to predict those kinds of things. Twenty years ago, there was this discovery called giant magnetoresistance, which was pretty interesting and people studied it. Now it’s the reason your iPod works.”

A quiet, unassuming man who plays classical guitar in his rare free time, Kane admits that “this whole thing has blossomed in a way that I never imagined would happen. When I look at the list of people who’ve been awarded the Dirac medal, many of my heroes, it’s pretty humbling. It’s a big honor to have my name on that list.”

Still, it’s neither the awards nor the ultimate practical benefits of Kane’s work that get him to work every day in his office in David Rittenhouse Laboratory. “There’s a real beauty in this set of ideas that we’ve developed,” he says. “And really, what drives me, to be honest, is that beauty. That’s one of the reasons it’s such an honor to get a prize named after Paul Dirac, because that’s what drove him as well.”

And when people ask, what good is it all? “I appreciate the importance of having things be useful,” he muses. “I’ve had many sleepless nights throughout this entire ride I’ve been on. But they’re not from thinking about what one can do with topological insulators. It’s how the ideas fit together into this beautiful framework. That’s what I lie in bed awake thinking about.” 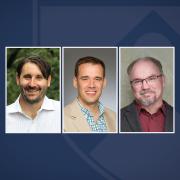 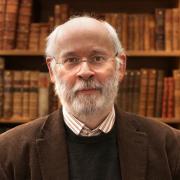 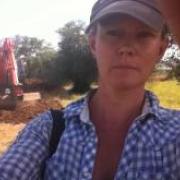 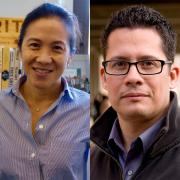 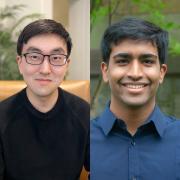