American Exceptionalism: What Divides Americans From the World and From Each Other?

American Exceptionalism: What Divides Americans From the World and From Each Other? 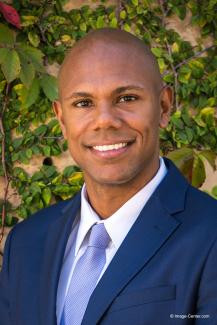 Why has modern America become so polarized?

Mugambi Jouet’s thought-provoking 2017 book, Exceptional America: What Divides Americans From the World and From Each Other, connects social changes and increasing polarization to American exceptionalism—the idea that American society is an exception compared to other nations due to its history, politics, law, religious beliefs, economic attitudes, and race relations. While exceptionalism was once a source of strength, it may also be an Achilles heel. Modern-day Americans are likelier than other Westerners to clash over a host of fundamental issues, from mass incarceration to universal health care, reproductive rights, climate change, and beyond.

Currently a Boulton Fellow at McGill University, Jouet has written for Slate, Salon, The New Republic, The Hill, and Le Monde and has been interviewed for National Public Radio. He served as a public defender in Manhattan and a judicial clerk at the U.N. war crimes tribunal for Yugoslavia. An expert on American government, politics, and culture, his research dissects the comparative historical evolution of American democracy, in all of its peculiar and striking manifestations.

The Levin Family Dean's Forum is a celebration of the arts and sciences. Initiated in 1984, the Forum presents leading intellectual figures who exemplify the richness of the liberal arts. The Levin Family Dean’s Forum is made possible by a generous gift from Stephen A. Levin, C’67, in honor of his sons Eric T. Levin, C'92, and Andrew Levin, C'14.