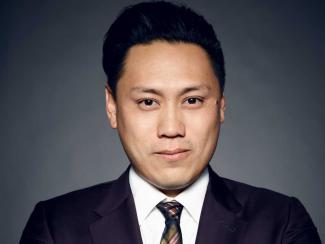 Filmmaker Jon M. Chu joins David L. Eng to talk about artistic passion and the power of representation. Chu’s blockbuster Crazy Rich Asians, the first film by a major Hollywood studio to feature an all-Asian cast in more than 25 years, is a visual feast that helps to counter racial animus at a time when violence against AAPI communities is on the rise. He followed it with his adaptation of Lin-Manuel Miranda's musical In the Heights, and is in pre-production on Wicked.

Born in Palo Alto, California, in 1979 and a graduate of the University of Southern California in film and television production, Chu was a determined artist from a very young age. In fifth grade, he began to make home movies starring his siblings. Since then, his creative drive has blossomed into an illustrious career as one of Hollywood’s most sought-after filmmakers. From a broader cultural perspective, Chu’s coming of age also signals a national coming of age for Asian Americans in the arts.

All attendees must attest to being fully vaccinated and will be REQUIRED to wear a mask at the event. In addition, attendees will have to complete a PennOpen Pass (faculty, students, postdocs, and staff) OR a PennOpen Campus (all other visitors) screening on the day of the event and receive a green pass. Click here for more information about PennOpen Campus and how it works.

The Stephen A.  Levin Family Dean's Forum is a celebration of the arts and sciences. Initiated in 1984, the Forum presents leading intellectual figures who exemplify the richness of the liberal arts. The Levin Family Dean’s Forum is made possible by a generous gift from Stephen A. Levin, C’67, in honor of his sons Eric T. Levin, C'92, and Andrew Levin, C'14.