Cosmic Inflation: My Journey to the Edge of Science 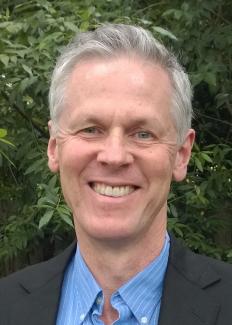 As a graduate student at Penn in 1982, Andreas Albrecht and his advisor, Paul Steinhardt, helped invent a new theory describing the very beginning of the universe. The resulting "cosmic inflation theory" has become the dominant tool cosmologists use to understand the very beginning, and to interpret the vast and ever-growing quantities of data depicting the state of the cosmos. Albrecht will describe his “wonderful adventure, one that keeps unfolding as my ongoing curiosity about the foundations, successes, and open questions of this theory have taken me on an exhilarating journey of discovery.”

The “edge of science” includes cutting-edge cosmic inflation research and the resulting contemplation of the edge of time. Albrecht also argues that having such a deep theory of cosmic origins is unfamiliar territory for science, and that this unfamiliarity has created interesting tensions as cosmologists express different views about what it means for such a theory to be successful. He will present his own assessment of the open questions and illuminate how they connect with quantum physics, the arrow of time, and the nature of infinity.

This event is co-hosted with the Department of Physics and Astronomy.

The Elon Musk Public Lecture is made possible through a generous endowment gifted to the Center for Particle Cosmology in 2009—its inaugural year. Mr. Musk is an alumnus of the Department of Physics and Astronomy at Penn, and a proud advocate for the preparation that a physics education provides in many different careers. The Musk lecture brings world-renowned scientists in the areas of particle physics and cosmology to Penn to share their knowledge and vision with the broader Philadelphia community.

COVID-19 GUIDELINES
As members of the Penn community, we have a shared commitment to take the necessary precautions to avoid spreading COVID-19. Attendees for this event agree to adhere to University guidelines at the time of the event and any updated guidance from the event organizers. Masking is not required but it is strongly encouraged.