From Logic to Technology and Back 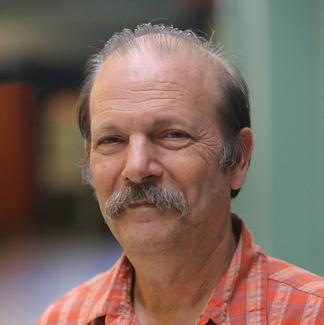 Logic started as a branch of philosophy, going back to Greeks, who loved debates, in the classical period. Computing technology is relatively young, dating back to World War II, in the middle of the 20th century. This talk tells the story of how logic begat computing, tracing the surprising path from Aristotle to the iPhone. But just as logic encountered its unresolvable conundrum in Gödel's Incompleteness Theorem, technology has encountered its conundrums in the Popperian Paradoxes.

Watch a live webcast of the event at https://youtu.be/dajmA4ff-Uc.

This event is free and open to the public. If you have questions about this event, please contact Scott Weintstein at weinstein@cis.upenn.edu.

Moshe Y. Vardi is University Professor and the Karen Ostrum George Distinguished Service Professor in Computational Engineering at Rice University, where he is leading an Initiative on Technology, Culture, and Society. His many honors include the 2020 Alan Newell Award in recognition of his influential work at the interface of logic and computer science, and the 2021 Donald E. Knuth Prize for his "high-impact, seminal contributions to the foundations of computer science."

The Thomas and Yvonne Williams Fund for the Advancement of Logic and Philosophy has been established at the University of Pennsylvania to expose a wide audience to the value of the correct application of reason. The goal is to present logic as the formal study of reason and philosophy as the application of reason to significant problems in human experience. The fund will support a variety of educational activities including a university-level lecture series as well as lectures and seminars at the upper-school level. The fund’s academic director is Scott Weinstein, director of the program in Logic, Information and Computation. An advisory board, under the direction of Thomas Williams and Scott Weinstein, assists the fund in defining programs.

Thomas Williams, C’77, GEE’81, studied logic and philosophy at the University of Pennsylvania and went on to complete a successful career in electronic trading of financial instruments. He established the fund because of the profound influence the study of logic has had in his approach to technology, finance and entrepreneurship.

COVID-19 GUIDELINES
At the request of the speaker, we will be requiring all in-person audience members to be masked.

As members of the Penn community, we have a shared commitment to take the necessary precautions to avoid spreading COVID-19. Attendees for this event agree to adhere to University guidelines at the time of the event and any updated guidance from the event organizers.