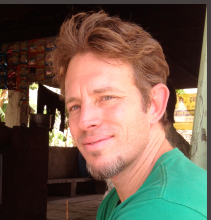 Erik Wibbels has joined Penn Arts & Sciences as Presidential Penn Compact Professor of Political Science. A scholar of political geography, political accountability, and political economy, Wibbels was previously Robert O. Keohane Professor of Political Science and Co-Founder of DevLab@Duke at Duke University. He is the author of several books, and his articles have been published in top journals. His research has received support from numerous grants including the United States Institute for Peace, USAID, the World Bank, and the National Science Foundation. He joins Penn as the founder of DevLab@Penn and a member of Penn’s Development Research Initiative. In those roles, Wibbels works with governments, international donors, and civil society organizations to improve the rigor of development programming and engage in policy-relevant research around the world.

The Presidential Penn Compact Professorships were conceived by former Penn President Amy Gutmann as a partnership with Penn Arts & Sciences to promote faculty excellence and diversity. Funding for this initiative is provided through the Penn Compact.