Ensuring Others Have a Penn Undergraduate Experience

Dick Winston’s path to Penn was unusual. He matriculated in January of 1944 during World War II and after only one semester was required to take a leave of absence to enter the U.S. Navy. After release from active duty—during which he earned a degree in chemical engineering at the University of Louisville—Dick returned to Penn as a graduate student, earning an M.S. in chemical engineering with a minor in physical chemistry.

Dick placed a special importance on the value of a residential college education, perhaps because the war had interrupted his own. He encouraged his son to attend Penn and watched with his wife, Helen, as first Steven, CHE’80, and then grandson Michael, C’10, thrived during their time on Penn’s campus and went on to fulfilling careers.

“A college education is so important—not only academically but socially, in terms of learning to live with other people and the friendships you build,” said Dick.

“Penn did well by both of them,” added Helen, whose history and literature degrees from Radcliffe College have provided the foundation for her work as a volunteer docent at the University of Pennsylvania Museum of Archaeology and Anthropology. Because their son and grandson benefitted from the Penn undergraduate experience, the Winstons were inspired to create similar opportunities for others. They recently established their fourth undergraduate scholarship at Penn. The Winstons funded all of their scholarships by using an IRA Rollover [see box], which they advocate as an excellent way to provide philanthropic support.

In 2006, the Winstons made their first gift in support of undergraduate financial aid by setting up two scholarship funds, one to benefit students in the School of Engineering and Applied Science and the second to benefit students in the Bread Upon the Waters program at the College of Liberal and Professional Studies. Helen is a former board member of the Bread Upon the Waters program, which provides scholarship support for women over the age of 30 as they earn an undergraduate degree at Penn.

In 2012, the Winstons established their third scholarship fund to benefit students in the College of Arts and Sciences, with a preference for students majoring in chemistry. Last year, they created their fourth scholarship fund, again in support of the Bread Upon the Waters program, in memory of the their mothers, Rose Winston and Bessie Puro, both schoolteachers. Dick and Helen remember the encouragement their mothers gave them to attend college, and they are glad they are able to make these opportunities available to so many through their scholarship funds. 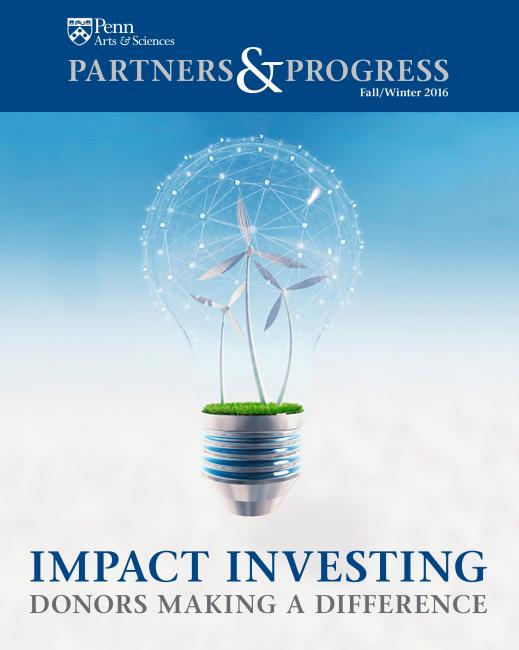