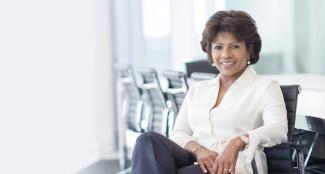 Sharie Brown, C’79, G’79, gets a special charge out of finding unexpected Penn connections, like she did when attending a women’s professional workshop at her law firm centered around a concept called “grit.”

“At the time, I had no idea it was a Penn professor who wrote the book and came up with this framework,” says Brown, referring to Grit: The Power of Passion and Perseverance, written by Angela Duckworth, Christopher H. Browne Distinguished Professor of Psychology. More recently, Brown was proud and excited to see Emily Wilson, Professor of Classical Studies, receiving rave reviews for a new translation of The Odyssey. “Now I want to read her version. To me, it reaffirms the value of the liberal arts and the classics,” she says.

Brown is a staunch believer in a liberal arts education. She received her bachelor’s and master’s degrees in political science from Penn, and like all students in the College, took a range of courses in other disciplines. She feels certain that this well-rounded training prepared her for a successful career in law. A partner with Troutman Sanders, in the firm’s White Collar and Government Investigations practice in Washington, D.C., she holds leadership roles in several professional organizations and has received numerous awards in recognition of her accomplishments.

“I think about problems in more than a purely legalistic way, which I think is very helpful to my clients,” Brown says. “If you can’t see the big picture, if all you can see is your narrow specialty, you’re not going to be as effective in solving problems, providing solutions, and anticipating issues.”

This keen appreciation for the liberal arts has prompted Brown to reconnect with her alma mater as a donor and volunteer. “I started reengaging with Penn as a result of the University reaching out to me on diversity issues,” says Brown, who is a longtime supporter of the James Brister Society—a diverse group of Penn alumni volunteer leaders. She also helps organize the Penn Spectrum Weekend, which brings together alumni for dialogue centered on issues of cultural identity.

Together with her husband, Daniel Taylor, WG’83, Brown has contributed to a range of other University initiatives, including construction of the new Ronald O. Perelman Center for Political Science and Economics, where the couple named the Marjorie J. Brown Undergraduate Meeting Room in honor of Brown’s mother.

In 2016, Brown was tapped to join the School of Arts and Sciences Board of Overseers, an appointment that partly inspired her and Taylor’s largest commitment yet— a gift to the Arts & Sciences Annual Fund.

“Whatever your contribution is, when you target it to a community, such as Penn Arts and Sciences, it means something to you, and it will have a positive impact on a member of that community who may otherwise have been underserved,” she says.

Brown grew up in West Philadelphia, attended the Philadelphia High School for Girls, and was the first in her family to apply to college. An admissions officer from Penn visited Girls’ High and took a special interest in Brown, encouraging her to apply to Penn. “To this day I am very grateful to her for making the effort to explain things to me, to encourage me, and to give me a sense of context of where I fit in,” she says.

Serving as an Arts and Sciences Overseer is a role that Brown has embraced as “coming full circle.” She explains, “To have a voice after being a part of an underserved community myself, and now being in the room where you can take part in discussions and weigh in—it is very exciting. I feel like I’m giving back in a way that’s really quite enriching for me.”

While having a seat at the table has been deeply satisfying, Brown is equally committed to helping others thrive at Penn through her family’s philanthropy. “I know that I am a beneficiary of people who saw something in me, looked out for me, and presented me with opportunities that enabled me to realize my potential,” she says. “So I want to be a part of that for those coming along behind me.” 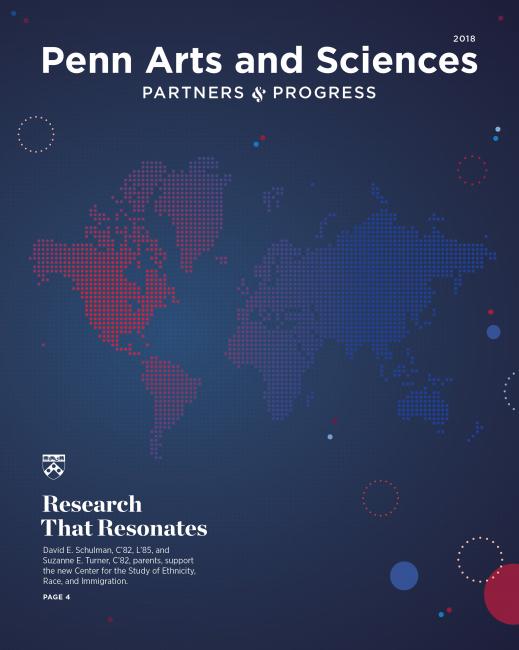