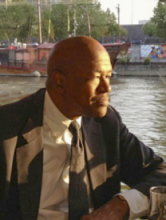 Elijah Anderson, Charles and William Day Distinguished Professor Emeritus of the Social Sciences, has been awarded the 2021 Stockholm Prize in Criminology for his groundbreaking urban ethnographies documenting violence and life in inner-city African American communities.

In announcing the annual award, the most prestigious in the field of criminology, the Stockholm Prize in Criminology Foundation said that Anderson’s scholarship “has considerably improved our understanding of the dynamics of interactions among young men and women that lead to violence, even among good friends.”

Anderson is one of the country’s leading urban ethnographers and cultural theorists. As a doctoral student at the University of Chicago in the 1970s, he began studying street corner life at a local bar/liquor store located on Chicago’s South Side for his dissertation. He visited the same location nightly for nearly three years to gain a deeper understanding of the group of men he met there. This qualitative fieldwork provided the basis for his widely acclaimed first book, A Place on the Corner: A Study of Black Street Corner Men, which vividly depicts how the men he observed maintained their social status in the eyes of the others, revealing a complex social order regulated in part by violence. He has since authored four other books that examined status and racial hierarchies and divisions in urban settings.

The Stockholm Prize in Criminology is an international prize established under the aegis of the Swedish Ministry of Justice and with major contributions from the Torsten Söderberg Foundation. First awarded in 2006, the prize recognizes outstanding achievements in criminological research or the application of research results to reduce crime and advance human rights.

Dorothy Roberts of Sociology, Africana Studies, and the Law School; and Nicholas Sambanis of Political Science were honored for their “accomplishments and leadership in academia, the arts, industry, public policy, and research.”
View Article > 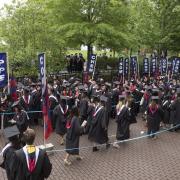 Ceremony information for the Penn Arts & Sciences schools and the University.
View Article >

Weesner is an internationally-renowned composer and the recipient of numerous awards and fellowships, including the Virgil Thomson Award for Vocal Music.
View Article >

Penn Interim President Wendell Pritchett has announced the recipients of 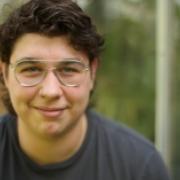 Velocci, a postdoctoral fellow in History and Sociology of Science, received the John D’Emilio LGBTQ History Dissertation Award from the Organization of American Historians.
View Article > 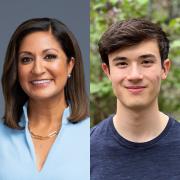